Possibly an archipelago of rectangles contained them.
Yet there were brushstrokes of cove
And sometimes empty corridors,
empty fields
empty campgrounds.

Whimsy was struck by lightning
A chin mole would have prevented bad luck.

They ran with scissors, cropped maps
and the redness of narrators evoked Regional Geographic
or the AHistory Channel.

McDormand was the other mole, nosed into…
Murray still lost in translation.
Only Norton had a squared edge, relief.
Schwartzman was a quadrangle.

Tidal inlets were flooded
But what was drawn in?
Some bridges were crossed in sweeping takes
Styles transferred.

Patches of field snared a duet –>
vows that could not be empty or more sincere.
yes, hormones should be made like this. 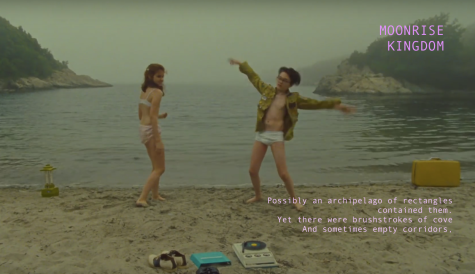